I am all about the characters! Before I start writing or playing a character, I will usually have loads of ideas about back story that may never come up. It can be frustrating if the plot doesn't go in that direction or, I don't know, if the rest of your party are absolute jerks so your character never trusts them enough to mention the fact she's a kitsune rather than a human, but having the background in place will make your character far more real. 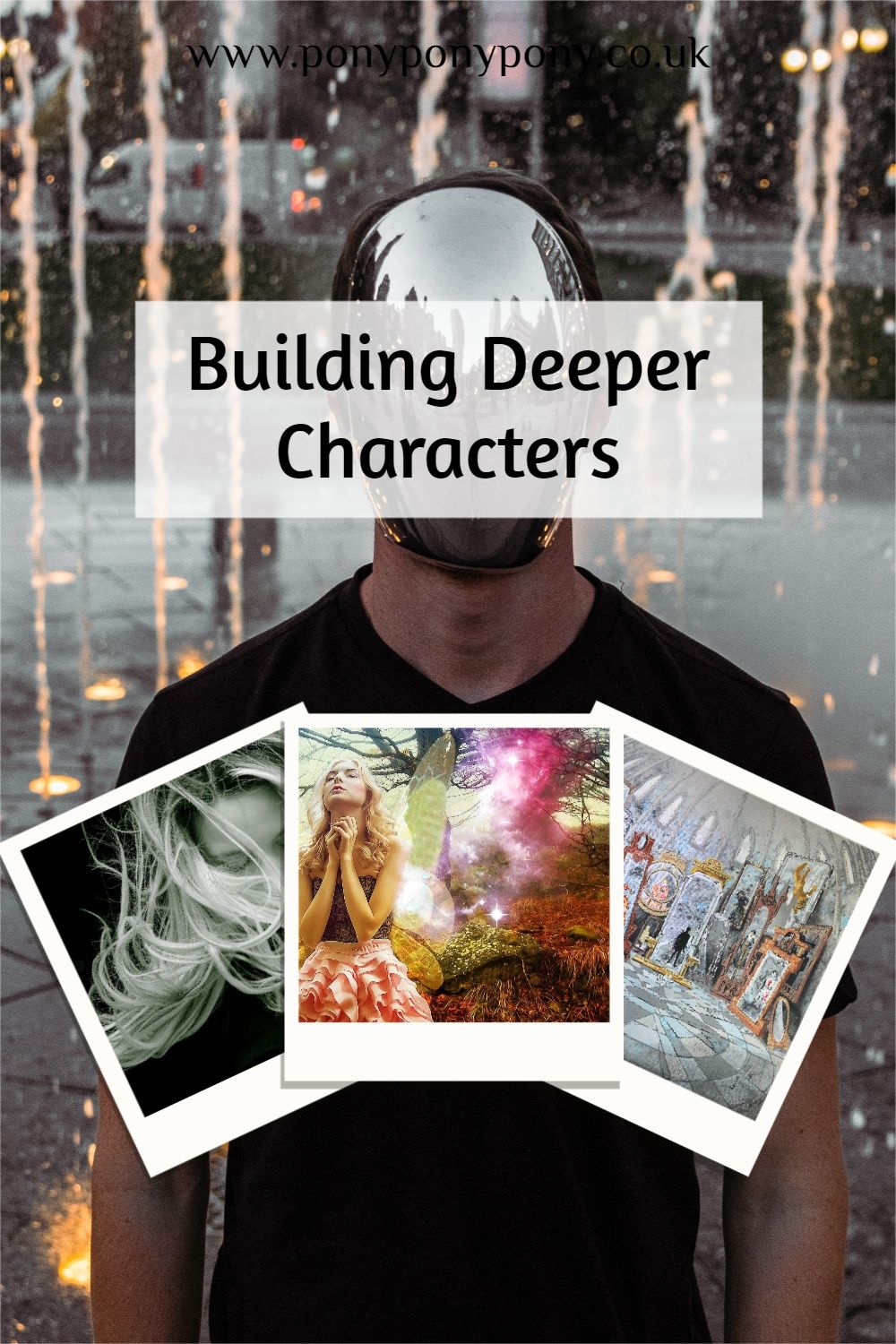 I'm very visual, so I like to produce some images to explore my characters. This could be in an actual old school scrapbook, or a Pinterest board or a folder on your computer.

I tend to start out with general google searches on aspects of the character. Are there any memes that fit with their personality? Are there certain places, weapons, spells or pieces of technology that mean a lot to them? Do they have a pet? Any of these little details help you to see your character as a whole person.

You may have your own opinions on the validity of Myers-Briggs etc, but I found the site www.16personalities.com really useful to think about how characters would react in different situations. Plus, if you are writing a book, it can be handy to make sure your characters aren't too similar.

My sorcerer who has more than a passing reliance on Charm person (Kala - ESFP) has a very different personality type to Thalia, the ever-loyal healer, oracle of the goddess of paladins and destroyer of evil (INFJ). This doesn't have to be a straight jacket; certain situations, times of stress or plain bad days may override what you'd expect from your character. Thalia once punched the party's sorcerer when he pressed her berserk button. Then she spent quite some time apologising...

If you'd rather not use Myers-Briggs, there are a whole load of personality quizzes out there. Probably best not to use the "what colour crayon would I be" type - unless you're really into crayons.

I included colour palettes for the two different characters. This can be a handy way to sum up someone's aesthetic without having to describe someone's full outfit each day. Admittedly, in Thalia's case, her outfit could be summed up with "armour".

It's the details that matter here. You could, for instance, have three characters with plaited or braided hair. Maybe the first has her hair in a long plait that hangs over one shoulder so everyone can see how shiny her hair is. The second has it French braided tight enough to give you a migraine in a measure of extreme efficiency. The third has it in a messy plait that may have been there for quite some time, because who has the time to brush their hair every day?

If you're in a magical / fantasy setting, then things like swords or crossbows or magical rings may be quite commonplace. But the details can be very different. A wand made from a tree struck by lightning has a very different vibe to one beautifully carved and adorned with jewels. Admittedly, I'm quite obsessed with jewellery, but most of my characters have some sort of trademark accessory. These can also be plot mcguffins or suggestions and hints or background. Thalia had a holy symbol of her god that matched with her brother's. It showed their bond as well as being a background detail - it is the only link they have to their mother. Plus she once used it to kill off a shedload of undead.

Allana, sweet-natured summoner from the plane of shadows, seemed like a cute and perky Goth girl. But she has a ring on with some very odd symbols on. This made it slightly more understandable when she started to summon some absolute horrors, apparently unaware that they might be a bit evil.

What would your characters be doing if they hadn't become adventurers / found the Sword of Power. This can take two different forms.

Firstly, what was their life like "before"? If you're an adventurer, chances are your back story is either tragic or generally a bit rubbish, or you just would have stayed where you were. This may all come up as a big, dramatic character reveal (I love those) or may never be mentioned at all. Either way, what happened to your character as a child or a younger character will influence how they react to what they come across. Do they have a fear of goblins since their village was destroyed by the little so-and-sos? Do they react quickly to danger because they had to do this to survive? Do they avoid certain places incase they come across certain characters? If this is for role-playing, please make sure your GM knows this so they can write something in for you or be aware that certain things will be trigger points for your character.

Secondly, what would your character be doing if they didn't have to save the world / clear their name / avoid the corrupt government officials? Would they have set up that dance school, made a fortune in finance or knitted a whole load of socks? This can be used as details for your character's down time - maybe they always play the guitar round the campfire or have a book to read. It may also be useful if their area of expertise comes up - no matter how obscure. Again, make sure your GM knows if it's for role-playing - otherwise it just looks a bit suspicious if your character just happens to have contacts or specialist knowledge of everything you come across. This dream life can also be your character's motivation - they can raise enough money to buy that bakery or will be able to make cheerful t-shirts once the evil regime is overthrown.

People, in general, have people they know. These could be friends, co-conspirators or someone to be avoided at all costs. Characters don't just spawn one day without any interaction with others. Kala grew up as part of a cult, so she has a habit of using idioms that are entirely unfamiliar to everyone else. She's managed to stop quoting "scripture" but occasionally is surprised that not everyone recognises the phrases and ideas she grew up with. It also means that there is a certain city she will avoid at all costs.

Thalia was brought up by her paladin father and then the church of the goddess of paladins. This has given her a very fixed morality, though she did certainly push against it and rebel at times. It also means she is quite well-known in certain circles, if only through reference to her father. She's also part angel, so it makes her a target for some, an automatic ally to others.

Cassie has managed to escape her horrible childhood, but still lives in the same city. This means that she has to disguise herself in certain areas as she doesn't want to be that person anymore. She completely rejected her past, making new contacts and forming alliances. She's built a new reputation for herself, working hard to establish herself. There is still that one guy she comes across... it's not in either of their benefits to say how they know each other, but it does make things decidedly awkward.

These little details make your characters more real, flesh out your settings and help to establish more of the world.

Do you have any other suggestions for building character backgrounds? Leave them in the comments.