So, I have issues with the way we speak to kids. “That dress is so pretty.” “Don't you look handsome in that shirt?” It bothers me that the first thing many people will say to children concerns their appearance. Yes, it's an easy and fairly safe compliment, but is it setting them up to worry too much about the way they look? 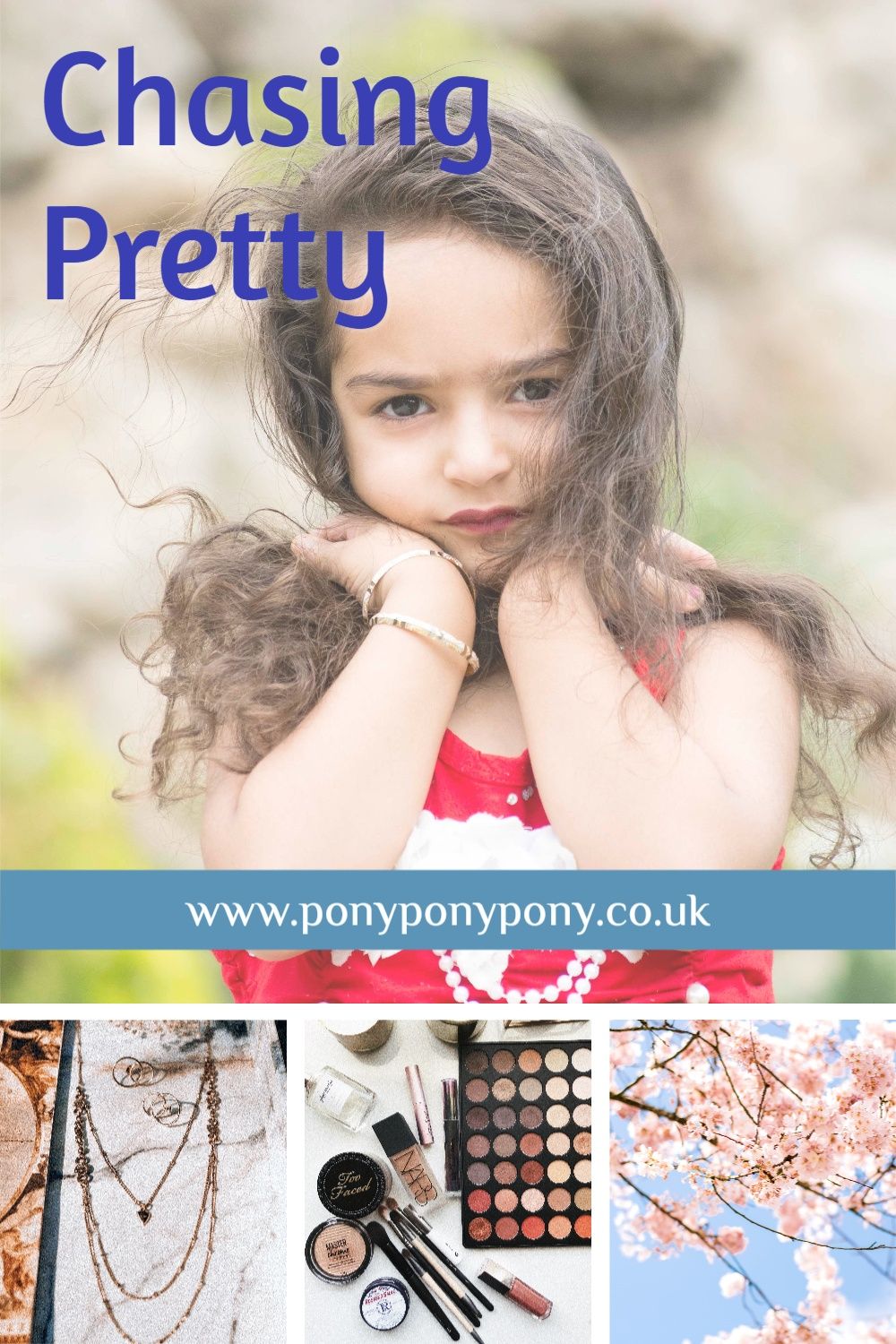 I remember being small. My best friend was pretty. She had curly hair and the most amazing eyes; instead of being “solidified” with flashes of colour they were a liquid deep brown with no variation. She was pretty, everyone knew it. So maybe if I could get my hair to curl and had different eyes then I'd be pretty.

As I got older, I heard people criticise big hips so I freaked out when I got hips. So I skipped lunch and only felt vaguely okay about myself when I was slightly dizzy from hunger. Admittedly, I have issues and they could have been focussed onto something else but there's a definite pattern between the things I heard criticised, problems I didn't know existed that I'd then focus my time and energy on.

Except it never worked; not for me. Things might make me feel a little more confident for a time, but it never lasted.

I found safety in “fun” things. Interesting jewellery, funky hair slides, bright prints. It didn't make me pretty but meant that I cared less. Little statements and camouflage like too dark lipstick gave way to little things for me. A rainbow bracelet under long sleeves people might not even see or earrings that make me smile.

I like the feeling of something special, just for me. If other people like it then that's great, but little touches to make me feel like me.

So do the things that make you feel better; a nice suit or a bit of mascara can make the difference to you. But let's be careful about the messages we give to young people. There's more to life than being pretty. If we're going to comment on an outfit, let's say it looks fun or colourful or suits their personality. We give praise to adults for what they do, let's respect kids enoguh to value what they do and not how they look.